Japan’s reputation as one of the most rapidly ageing societies in the world precedes it, making this market a potentially positive and profitable one for British firms on the cutting-edge of medical innovation.

The UK’s medical devices technology sector is made up of more than 3,000 companies, more than 80 percent of which are small and medium-sized enterprises. Worth over GBP18 billion a year, the sector employs around 88,000 people across the UK and the nation exports more than it imports. Over the past five years, the sector has recorded positive growth in both employment and turnover.

“It is well known that most developed economies have ageing populations, increasing levels of chronic disease and an associated increasing demand for healthcare,” said Neil Stephen, commercial manager for exports for The Blatchford Group.

“There has long been collaboration between technology companies, healthcare providers and academia to foster advances in technology that help to drive efficiency and improve affordability,” said Stephen, whose company designs, develops and manufactures prosthetic, orthotic and other rehabilitation devices, as well as providing healthcare services across the world.

The Blatchford Group sees Japan – which has the second-largest medical devices market in the world – as a place where it needs to have a presence, one of the reasons the company took part in the year-long “Innovation is Great” campaign.

“As a developed economy with a population of more than 127 million people, Japan is a key market for many medical technology companies,” Stephen said.

Organisations like UKTI can help with finding the perfect Japanese distributors

“The UK Trade & Industry team was instrumental in helping Blatchford to identify a key partner in Japan,” he added. “We have been thrilled to be involved with the Innovation is Great launch in Tokyo in March this year, where we had the opportunity to share Linx, the world’s first fully integrated limb system.”

The Linx breaks new ground by integrating computer control of the knee and foot, meaning that the parts communicate with each other seamlessly. The software monitors feedback from sensors throughout the limb, enabling the knee and foot components to make subtle adjustments while walking, giving the user stability and confidence.

And the company has already tasted success here, taking orders for the Echelon hydraulic ankle, which was recently approved for reimbursement by the Japanese authorities.

The Blatchford Group has a long-standing working relationship with Matsumoto Prostheses Manufacturing Co., with other British companies looking to utilise the UKTI campaign to forge similar alliances with local firms.

Professor Sethu Vijayakumar, of the Edinburgh Centre for Robotics at The University of Edinburgh, arrived in Japan with precisely that aim for the Robo-Limb and I-Limb Ultra. To date, more than 600 prosthetic limbs devised by the technicians at the centre have been fitted in the UK, with the technology tried and tested, he said.

“They are designed so that it is easy for a person to learn how to use them and we use a unique bio-interface that makes our devices the best in the world for upper-body limbs,” Professor Vijaykumar said.

And while Japanese research institutes may be very good with the technological side of similar devices, they are yet to effectively package the various elements into a completed, functioning product, he said.

Giving amputees significant levels of manual dexterity once more is sure to strike a chord in Japan, the professor said, and he hopes to finalise collaborative arrangements with academic institutes and companies here.

Another start-up company with an eye on the Japanese market is Open Bionics, which is showcasing its 3D Printed Hands. Using three-dimensional scanning and printing to innovate the prosthetics industry, the company can custom create a new limb for a user.

Recognised with the “Best Product Innovation” at the Consumer Electronics Show in Las Vegas in January, the company aims to reduce the weight of current prosthetic limbs by half and bring the cost down to one-tenth of the price at present.

Established in 1982, Scotland-based Vascutek is also looking for a new outlet for devices that meet the complex needs of cardiovascular and cardiothoracic surgeons. The company is a global leader in the design and manufacture of devices such as Thoraflex Hybrid, a new surgical graft that is designed to reduce operating times and significantly decrease patient mortality.

Infant mortality was similarly the concern of James Roberts, the founder of MOM Incubators Inc. and winner of the 2014 James Dyson Award for coming up with a low-cost, inflatable baby incubator that is designed to work in the challenging conditions of disaster zones or refugee camps.

Roberts had his “eureka moment” while still a student at Loughborough University, he said, and overcame countless obstacles – not least the scoffing of experts who said his quest was impossible – before he was satisfied with the final design. He believes he made more than 100 prototypes before reaching that point.

Because it is inflatable, the MOM incubator can be transported in small packages and takes up only a limited space when stored. The inflatable material is inexpensive, while air is one of the best insulators, meaning that the incubator is heated efficiently.

Roberts’s incubator costs about GBP250; a conventional version can run to as much as GBP30,000.

“My hard work and perseverance has paid off,” he said. The aim now is to find a partner – possibly in Japan – to put the design into full production, something he aims to achieve by 2017.

Send us your enquiry to see if you could be doing business in Japan.

Catch up with our top life sciences webinars from 2015:

Strategies for Collaboration and Partnering with Daiichi Sankyo: Recorded Webinar 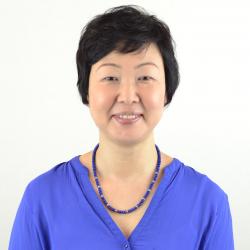 Kaori Arai
Head Life Sciences & Chemicals
Kaori Arai and her experienced team at the Department for International Trade lead on business opportunities in the life sciences and chemicals sectors in Japan.