An exclusive report on Japan’s offshore wind industry for UK companies in the energy sector.

The energy market in Japan is currently under a state of change and upheaval after the 2011 Earthquake and nuclear incident. There has been a significant shift of focus among government, business and consumers from nuclear to renewable energy for greater long term energy security.

As part of the renewable energy development, there will be a greater emphasis on offshore wind which means opportunities for UK companies.

The Appraisal of the Offshore Wind Industry in Japan, written by The Carbon Trust gives the background to energy supply and demand, the electricity market and wind power in Japan.

It provides a detailed analysis of the market including the policy and regulatory framework and costs and financing. Information on wind farm developers infrastructure and technology is also outlined and described.

This report was based on an impartial analysis of primary and secondary sources and funded by The British Embassy in Tokyo.

This report is the first in a series of three exclusive reports produced by The Carbon Trust, commissioned by the British Embassy Tokyo.

The third report outlines the Opportunities For Collaboration in Japan’s Offshore Wind Industry and can help your company understand the recommended areas where you could make an impact in this market.

You may also be interested in the Wind Energy Report by DIT on the current Wind Energy and Renewables sector in Japan.

Detailed Appraisal of the Offshore Wind Industry in Japan 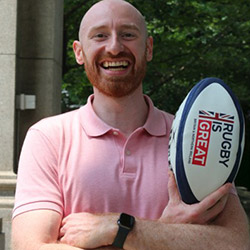