With a corporate history that dates back to the 1940s, Zytronic Displays Ltd is headquartered outside Newcastle and designs and manufactures cutting-edge touch screens for point-of-sale terminals, bank ATMs, games machines, digital signage and vending machines.

Today, over 90 percent of the company’s output is exported across the world. With Japan evolving in the last decade into an important – and still growing – market, Ian Crosby, director of sales and marketing for Zytronic, spoke with Steve Crane of Export to Japan.

When did you first think about getting a foot in the door of the market?

We first started selling relatively small amounts into Japan about 13 years ago. At that time, we were actively trying to build up our export markets. We visited Japan and quickly saw that there was the possibility to do more business there. Japan is obviously a highly developed country and there are a lot of potential users of our technology, so we started by trying to find customers and partners to sell into the country. It was around eight years ago that we undertook a full strategic analysis of our global sales, which determined that Japan really should be one of our focus markets.

And why was Japan appealing as a market for Zytronic?

There are maybe one or two Japanese companies that make high-end touchscreens, but they use a different manufacturing method and materials. That means our screens are far more suited to public applications, especially in outdoor locations, where their durability and all-weather performance is evident.

What were some of the obstacles that you came up against?

We realised early on that we needed someone on the ground representing our product because it was just too hard to do that from the UK. The language was a barrier, the time difference was a complication, there were cultural differences in doing business and many smaller Japanese companies just weren’t set up to trade with foreign suppliers. Developing new business, effectively from a standing start, would have been painfully slow because we quickly realised just how long it can take to build strong relationships with Japanese partners.

How did you overcome those obstacles?

We started out by working with a local distributor, although that came with its own challenges as well, as we had little or no visibility of where our products were being used and could rarely engage with our end customers. Five years ago, we decided that way of accessing the market was too restrictive, so we started looking for an alternative approach. If we wanted to expand the business, we knew that we had to go beyond just having a distributor and we needed to have our own presence in Japan.

Where did you go for advice?

After some research, we found Business Link Japan and following their appointment as our dedicated partner, in the last five years, the business has gone from strength to strength. We took on a dedicated Japanese business development manager, who works out of the Business Link Japan offices in Tokyo, and he’s taken us beyond the restrictive sales method we were using previously. He has built strong, direct relationships with strategic customers and has also successfully grown our sales channels with the appointment of new distributors who help us to access a larger pool of potential customers around the country.

We were already committed to growing our business in Japan and had a clear market plan, so by adding a business development manager in the country – someone with a technical background – has been the critical turning point we needed.

Japan already has an advanced tech sector; were you not concerned about taking them on?

Yes, Japan has a reputation for being a world-leader in many technologies, but our touch sensors are more versatile than the touchscreens that they are manufacturing locally, especially for outdoor, self-service applications, so that gives us an advantage. Also, we have designed our manufacturing processes to be very flexible, which means that we can quickly make a single unit to demonstrate to a customer, a handful for a small project or product development, and then can scale up for mass production. Our competitors don’t have this flexibility and usually have a high minimum order or expensive, up-front tooling costs, which puts a lot of customers off.

We have found that this agility is important in Japan and it has given us an edge over other companies.

We understand that we are never going to be the dominant touchscreen company in Japan, but we know there is more than enough room in the market for a manufacturer with our capabilities and we are growing our sales. I believe that this flexibility and the ability to produce prototypes rapidly for our customers is helping us to accelerate our sales in Japan.

Which local companies do you supply here?

We cannot tell you the name of all our partners in Japan, but we have supplied touchscreens to Fuji Electric, which is one of the largest manufacturers of vending machines in Japan. They were approached by the railway operator JR East to develop a new generation of large, digital vending machines to sell cans and bottles of soft drinks to commuters on station platforms. There are now several hundred of these 46-inch touchscreen based self-service machines located around Tokyo’s rail network, and in the years since they’ve been deployed, I’m not aware of a single touchscreen failure in the field.

Another customer is Hyojito, who is using our large touch sensors to display interactive passenger information in transportation hubs and shopping areas. Interestingly, we’re now working with them on a new project to install 46 and 55-inch interactive displays at Shinto shrines in order to teach foreign tourists how to behave in a respectful manner during their visit.

We also have a growing number of customer relationships and other projects in the pipeline, including other vending machine manufacturers.

What is the secret to success in Japan?

Patience. The way in which Japanese companies make decisions on which suppliers that they want to work with is very different to other parts of the world. If you’re not patient, and if you don’t think you’re making progress, it’s easy to give up. But you have to stick at it. If you have the right product, local support and a patient approach it will pay off eventually.

Japanese firms have very high-quality standards and they expect the same of the companies that they choose to work with. We are proud to hold several industry accreditations which reflect the quality of our products, and this also helps when engaging with potential new Japanese customers as it builds credibility.

What is the outlook for Zytronic in Japan?

We have a pipeline of new opportunities in progress and even if only a proportion of them evolve into projects then we expect to see growth in our business and our revenue in Japan over the next three years. We’re also exhibiting this year at our first Japanese tradeshow as Zytronic, and not via a distributor. So, in summary, I’m confident that our future in Japan will be positive.

Questions about doing business in Japan? 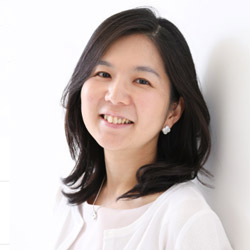