“Business in Japan is all about relationships. The more you invest in them, the more return you will get out of them.”

Hailo Inc. has come a long way since its humble beginnings as a Social Networking Site for taxi drivers. In the short time since its founding, 2010 to be precise, it has raised over $100 million from the world’s top investors, and counts Sir Richard Branson among its biggest fans.

The premise of the app is that users download the app onto their smartphone and then register. This gives them access to an entire database of a global network of taxicabs, which allows the passenger to hail a cab in two taps of their smartphone, in their own language. In addition, passengers and drivers are allowed to rate each other.

When quizzed about the reason for this London based company to target Japan, President and CEO Ryo Umezawa’s answer is simple. “The taxi market in Japan is worth ￥1.8 billion,” he said. “This naturally makes Japan an attractive market.” A large pool of taxis coupled with a high base fare contributes to this phenomenon.

An interesting aspect of Hailo’s market entry strategy for Japan is the fact that they opted to launch their service in Osaka rather than Tokyo. “Osaka is one of the biggest cities in Japan, and yet it provides a smaller and more controlled environment for a service like ours,” explained Umezawa.

Building on the success of the app in Osaka, Hailo is working on expanding its operations in Kansai and launching in Tokyo in 2015.

The app has had a huge impact on raising taxi drivers’ revenue, and provides a platform where passengers can safely travel in the knowledge that all cabs are registered. Lost items can be more easily tracked down, and payment is conveniently cashless. Users can also easily keep a log of all transactions.

Umezawa is an experienced businessman with advice aplenty for UK businesses. “It’s important to find the right people on the ground and to build the right team,” he said. “Finding the right partner is equally important and building the relationship can take years, so you have to be prepared to make a commitment. Such ventures can be expensive and time consuming, but with the Japanese, when they commit, they really commit, so all of those trips to Japan to meet with the top level people really pay off in the end.” 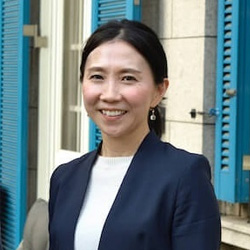