The Environmental Radioactivity Measures and Radioactive Waste Disposal International Exhibition (RADIEX) 2016 was held at the Science Museum in Tokyo, from 19 – 21 October.

The Nuclear team from the Department for International Trade in Japan organised a virtual stand at RADIEX 2016 to showcase British expertise in the nuclear industry.

Dr. Keith Franklin, 1st Secretary of the Nuclear Team at the British Embassy in Tokyo, who is on secondment from the UK’s National Nuclear Laboratory, delivered a presentation on the past, present and future of the UK nuclear industry.

The UK Has a Long Experience of Decommissioning Nuclear Power Plants

Calder Hall, opened in 1956, was the world’s first and oldest commercial nuclear power station. It is celebrating its 60th anniversary this year.

It was the first of a series of Magnox reactors, designed and built in the UK, which have enjoyed a long period of safe operation. In fact the last one, Wylfa in North Wales, only closed at the end of 2015, having operated for more than 44 years, way past the original expected lifetime of 25.

As the home of the first commercial nuclear power stations, the UK is also the first country to engage in large scale decommissioning.

Many potential partners are unaware of the extent of the UK’s expertise and experience in all stages of nuclear operations and decommissioning, which is of great value to Japan, as reactors start to come offline.

Decommissioning in the UK

In the UK Nuclear decommissioning policy is determined by Her Majesty’s Government, but the strategy is decided by the Nuclear Decommissioning Authority (NDA), which is then delived by Site License Companies (SLCs).

With such a long nuclear history, the UK has also learned the benefits of lifetime planning, covering all areas including safety, economic concerns, planning, communication, and involving stakeholders in issues. This is based on real experience of having reactors in all stages of their life, from planning new build to completing decommissioning.

UK-Japan Collaboration in the Nuclear Sector

Japan and the UK have a long history of working together in the civil nuclear industry, from Tokai-1 to the NuGen and Horizon projects.

The UK and Japan Civil Nuclear Agreement, agreed in 2012, led to greater collaboration on a number of issues, in particular the decommissioning of the Fukushima Dai-ichi nuclear power plant.

In fact, Tokyo Electric Power Company Holdings, Inc. (TEPCO) and Sellafield in the UK have a bilateral agreement to share experience of dealing with challenging decommissioning issues, which has been of great advantage to both sides.

New Build is the Future

Decommissioning, Operations and New Build are all part of the future of the nuclear industry in the UK.

The ongoing discussion in the UK about climate change and energy security has influenced the public’s acceptance of nuclear as a source of energy.

There are big opportunities ahead for mutually beneficial strategic partnerships between UK and Japanese organisations and companies. In fact, three of the projected nuclear new build sites in the UK are to be delivered by Japanese companies Toshiba and Hitachi.

UK experience is of value in the Japanese nuclear industry, as the challenges of decommissioning a reactor fleet are the same regardless of the reactor type.

The Japanese and UK Governments hold annual government to government talks about the nuclear sector, and there are a number of events planned for 2017 where exchange of information and expertise can happen.

The Department for International Trade (DIT) in Japan is organising a UK-Japan Industry to Industry Forum in January 2017. Register by 21 November to participate and meet attendees from both industry and government and learn the best way to establish partnerships moving forward.

The following UK companies were featured at the event: 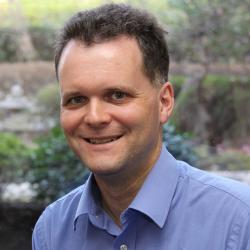 Dr Keith Franklin
Head of Nuclear
Dr Keith Franklin is seconded from the National Nuclear Laboratory (NNL) in the UK to the British Embassy Tokyo to lead with his experienced team on business opportunities in the nuclear sector in Japan.